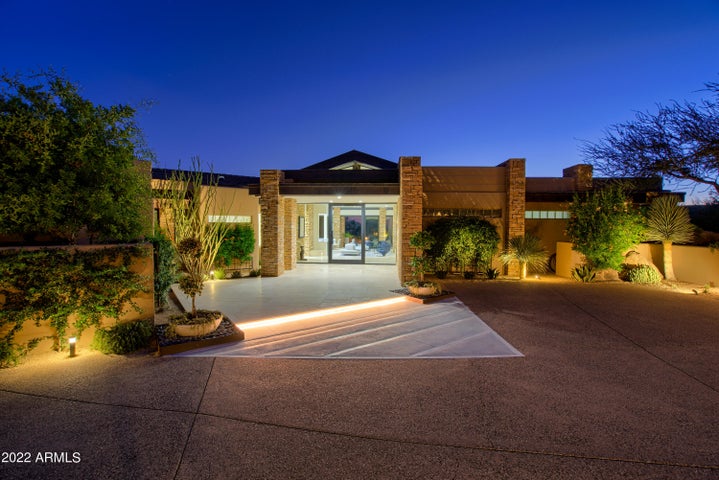 Property Description
Welcome to Apache Peak 127, a uniquely designed and custom-built home by renowned designer, James Haan. The home has mature and meticulous landscaping, a side yard for dogs or sports, a raised garden, a breathtaking pool with a water feature and a private spa. Through the large glass front door, you are immediately drawn to the glass sliding doors spanning the width of the great room with stacked stone walls with a stunning wine closet and wet bar. The main house has 3 bedrooms, office, exercise room, and extra family room. The detached casita is complete with living room, bedroom, kitchen, and laundry. Enjoy the rooftop deck above the casita, with 360-degree views of the mountains, city lights, sunrise and sunsets. Enjoy your peace and quiet watching the stars or watch a movie on the

The listing broker's offer of compensation is made only to participants of the MLS where the listing is filed.

We conform with the Fair Housing Act that prohibits discrimination in housing based on color, race, religion, national origin, sex, familial status, or disability.