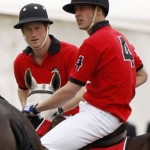 It has been reported that a Scottsdale man driving a golf cart has been robbed by a hitchhiker who was wearing a red polo shirt. The crime allegedly occurred around the midnight hour near downtown Scottsdale when the golf cart driver was asked by a man sporting a red polo shirt to give him a ride. Instead of thanking the good Samaritan for the ride, the man instead pulled out a gun, hit the golf cart driver over the head and took his money. While Prince Harry was recently spotted in Las Vegas, he is not considered a suspect. Police are currently looking for the perpetrator.

We conform with the Fair Housing Act that prohibits discrimination in housing based on color, race, religion, national origin, sex, familial status, or disability.